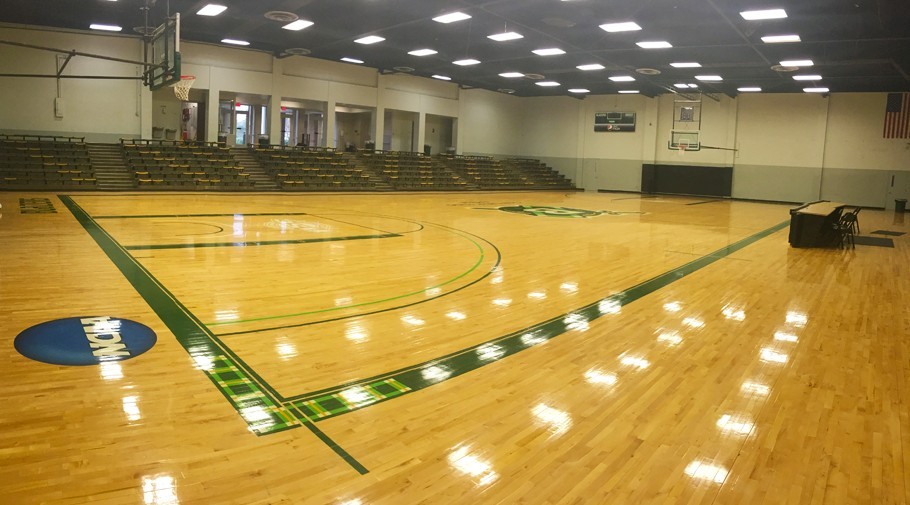 Renovated in 1999, Heidelberg Gymnasium was built around what is now referred to as Charles R. Rugg Arena, the home court to Belhaven Blazers Men's and Women's Basketball and Women's Volleyball.

Heidelberg also has an auxiliary gymnasium, state of the art weight facility, exercise and fitness center, an athletic training facility, and the locker rooms for football, basketball, volleyball and soccer.